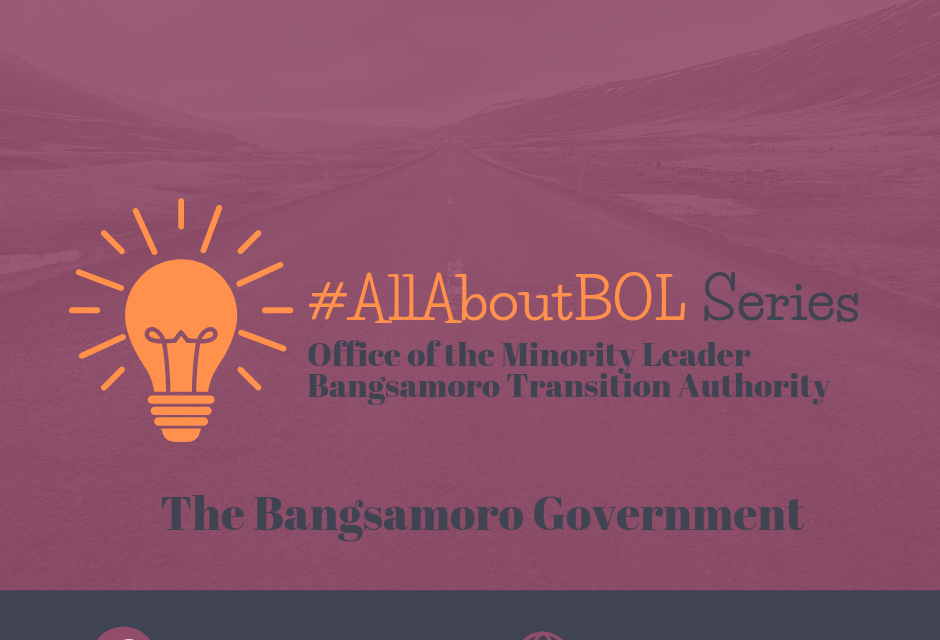 What will the Bangsamoro Government look like and what will be its functions?

Come 2022, the Bangsamoro Autonomous Region will have its first regular election and a government established on the basis of the Bangsamoro Organic Law. Unlike the previous Autonomous Regional Government, it will now adopt a parliamentary form of government with a democratic political system that allows the Bangsamoro people to participate in various political processes. The Parliament, vested with the powers of government, will set policies, legislate on matters within its authority, and elect a Chief Minister who will exercise executive authority on its behalf. The legislative authority, on the other hand, will be exercised by the Parliament, exercising the authority to enact laws on matters that are within the powers and competencies of the Bangsamoro Government.

The Bangsamoro Parliament will be composed of a total of eighty (80) members, unless otherwise increased by the Congress of the Philippines. Half of which will be party representatives, not more than 40% will be district representatives, and not more than 10% or in no case be less than eight (8) seats will be sectoral representatives and reserved seats for non-Moro indigenous peoples and settler communities. They will have to elect on the first day of session, a Speaker, Deputy Speaker and other officers of the Parliament. All members of the Parliament will have a term of office of three (3) years to serve for not more than three consecutive terms. Anyone can run for office as long as he/she is a citizen of the Philippines, at least twenty-five years old, able to read and write, and a registered voter in the region.

Aside from lawmaking, the Parliament will also have the power to call for a referendum on important issues affecting the region, appropriate Bangsamoro funds through annual appropriations law, conduct inquiries in aid of legislation, discipline its members, and be consulted on matters affecting the environment.

The executive office, on the other hand, will be headed by the Chief Minister who will be elected among the members of the Parliament. The Chief Minister will head the Bangsamoro Government, appoint officers and heads of offices including the ministries and Bangsamoro-owned or controlled corporations, formulate a platform of government, issue executive orders and other policies, represent the government in BARMM affairs, proclaim a state of calamity, and exercise other powers and functions inherent to the office. The Chief Minister will also nominate two (2) Deputy Chief Ministers to be elected by the members of the Parliament. The deputies may each hold a cabinet position.

The Bangsamoro Government also has the power to organize its own bureaucracy. The BOL, however, mandated the Civil Service Commission and the Commission on Election to establish regional offices, which will uphold the laws that will be enacted by the Bangsamoro Parliament on civil service and electoral system, respectively. Other offices to be created include a Bangsamoro Pilgrimage Authority to exercise jurisdiction over Hajj and Umrah matters and offices dedicated for youth, women, settler communities, disaster risk reduction and management, and planning and development.

This article forms part of the #AllABoutBOL Series published by the Office of the Minority Leader – BTA as an effort to explain and raise awareness on the Bangsamoro Organic Law (Republic Act No. 11054). For questions or comments on the Series, contact us through this link. 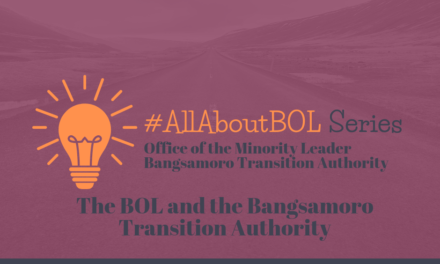 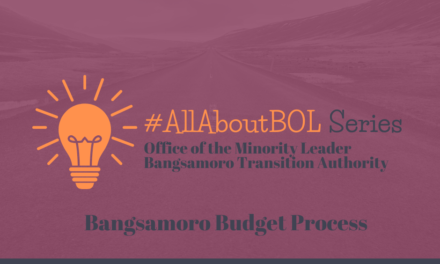 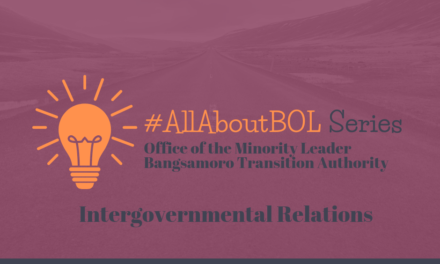