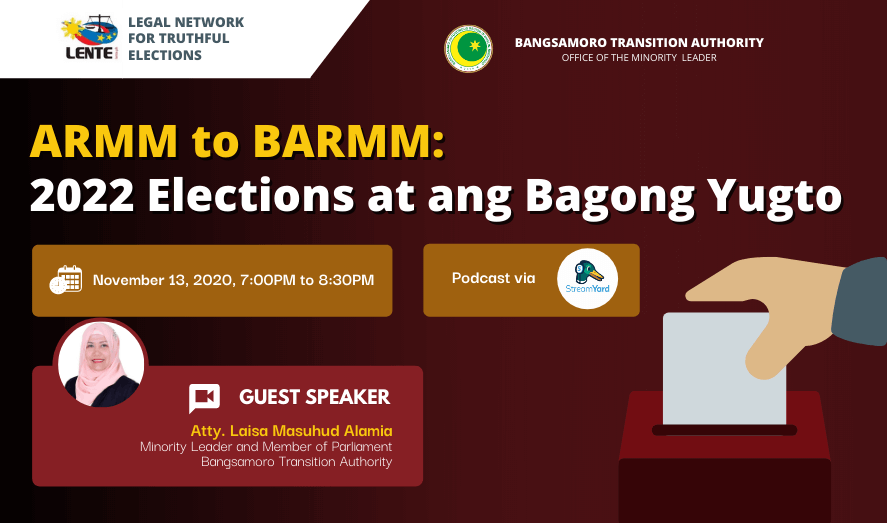 The ratification of the Bangsamoro Organic Law set the wheels in motion for the regional government which the Bangsamoro people had long wished to build in pursuit of the aspiration for genuine self-governance.

Part of realizing this aspiration is the exercise of their right to suffrage, as they are set to vote for parliamentary officials in the upcoming region-wide election to be held in May 2022. This is the first election following the appointment of the Bangsamoro Transition Authority Parliament in early 2019, who will then be replaced by officials elected by the collective will of the people.

As part of efforts to raise awareness surrounding the upcoming elections, Minority Floor Leader Atty.Laisa Masuhud Alamia will join the Legal Network for Truthful Elections (LENTE) on a podcast entitled “ARMM to BARMM: 2022 Elections at ang Bagong Yugto” on 13 November 2020 at 7:00PM.  MP Alamia will aid in the discussion of the process of transition of ARMM to BARMM and prospects regarding the upcoming 2022 BARMM Parliamentary Elections.

This is the second episode of LENTE’s SATINangELeksyon video podcast advocating for “safe, accountable, transparent, inclusive elections that inspires national public confidence,” and will be streamed live on LENTE Philippines’ Facebook page. 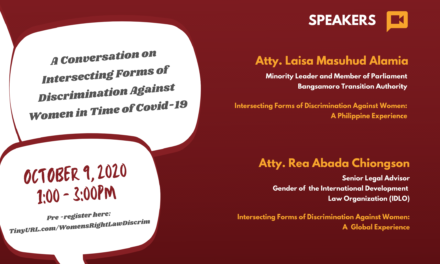 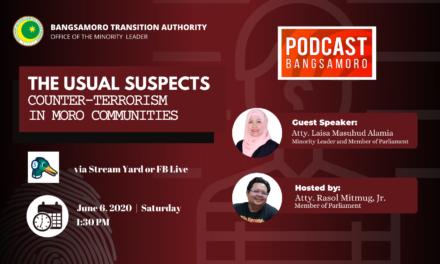 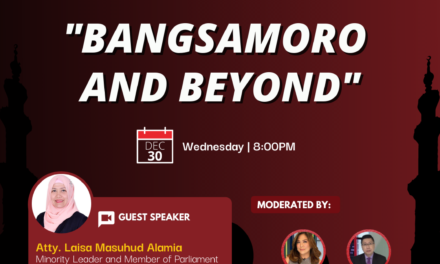 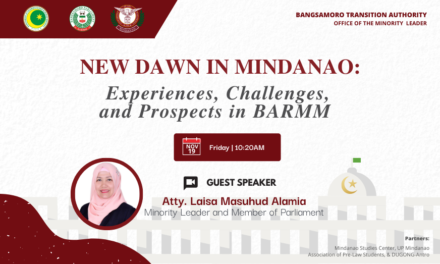