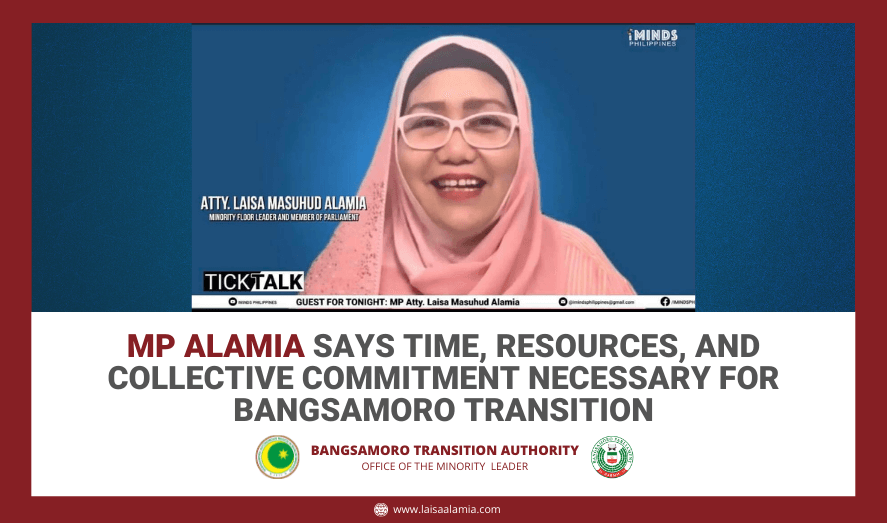 Minority Floor Leader MP Atty. Laisa Masuhud Alamia joins Lerio Bompat in the latest episode of Ticktalk, an online news magazine show, where she talks about the ongoing push for the extension of the Bangsamoro transition period, the status of the bills filed in the Bangsamoro Parliament, and the prospects surrounding the future of the Bangsamoro region.

According to MP Alamia, the Bangsamoro Transition Authority (BTA) as a whole has been lobbying at the national level for the extension of the transition period, through the Office of the president, the Senate, and the House of Representatives HOR. The BTA hopes that an enabling law will soon be passed in order to facilitate the said extension.

“Now the ball is in the hands of the lower house and the senate,” she says. While the president may not have mentioned the matter in his State of the Nation Address, MP Alamia also points out that “we still have enough time to tackle the bill and hold a bicameral conference that will eventually approve the bill and the extension.”

She also notes that the BTA Parliament still has a lot of responsibilities to fulfill leading up to 2022, which includes the passage of the priority codes. So far, the parliament has already passed the  Administrative Code, Civil Service Code, and the Education Code. The Electoral Code is currently in the hands of the cabinet, and the parliament will act on it as soon as it is forwarded by the executive to the legislative.

That said, “whether or not the Electoral Code is passed, there is still a need to extend the transition period” given the current status of the Bangsamoro region, according to MP Alamia.

The TFDCC is mainly responsible for the welfare of decommissioned combatants and communities, which includes about 40,000 members of the Bangsamoro Islamic Armed Forces (BIAF) and their communities, as well as vulnerable sectors that have been identified by the task force. Part of its mandate is to also ensure reintegration through socioeconomic development packages, coupled with an approach to transitional justice and reconciliation and confidence-building measures on-ground.

Based on current figures, MP Alamia says that about 12,145 combatants have already taken part in the decommissioning process and received cash assistance amounting to P100,000 each. By September or October of this year, 14,000 more combatants are expected to 3rd phase

“The socioeconomic development package has been tagged at P1-M, but not all of it will be distributed in cash,” MP Alamia notes. “It’s a package with scholarships, health insurance grant, skills development training, and emergency employment,” among other forms of socioeconomic assistance.

Recognizing the need for laws that will facilitate transitional justice and reconciliation during the transition, MP Alamia has filed an Indigneous Peoples Rights Bill in October 2019. The measure is all the more important given the absence of a national IDP Rights Law, especially given the context of recurring displacement in the Bangsamoro.

“We need resources, but we also need people who are committed to really do this,” MP Alamia says of the ongoing transition. “It can’t be just ten people working on giving better lives to the Bangsamoro. It has to be a collective effort which involves every Bangsamoro.” 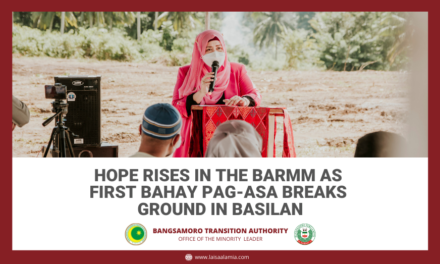 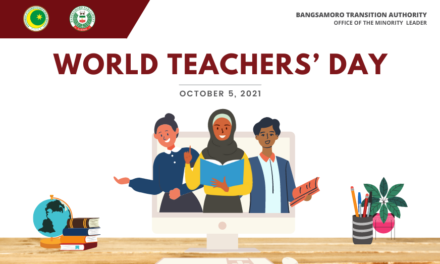 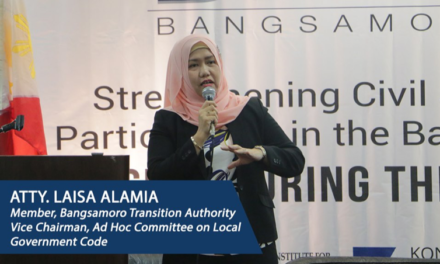 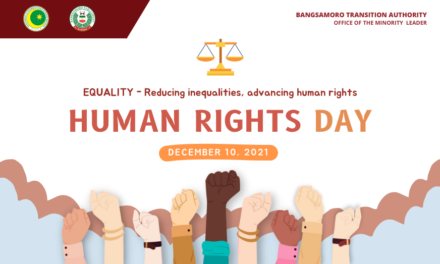