In March of every year, we commemorate National Women’s Month in honor of women who worked hard to assert their rights and freedoms in a patriarchal society. Women have been at the frontlines of every struggle – from gender equality, to just wages, to meaningful political representation and participation. Every day, women continue to push back against oppression and discrimination while pulling up those who need help the most.

Clearly, the history of women’s invaluable contributions to nation-building spans more than just a month. For decades – even centuries – women have stood at every crossroads where our people have had to confront many contradictions. Revolutionary women of courage have made choices that benefitted the marginalized and most vulnerable among us, knowing full well the weight of prejudice and oppression, as they took the lead in charting new paths for our people.

In the Bangsamoro, we have taken on the challenge of the ongoing political transition as an opportunity to pursue just and lasting peace that is rooted in upholding the rights of all. In the regional government, we have not only filed bills that uphold the rights of women and girl children but also amplified the voices of the most vulnerable among us, inside and outside of the parliament’s halls.

As we begin this year’s National Women’s Month, we are called upon not just to remember and honor the women who have paved the way for us in the past. We are also called upon to act on our current circumstances and build a future where our rights and freedoms are assured and protected, not only by the letter of the law but also by those who breathe life into its spirit. Only then can we continue the legacy of the strong women who came before us, as we work together to build a just and peaceful society for all. 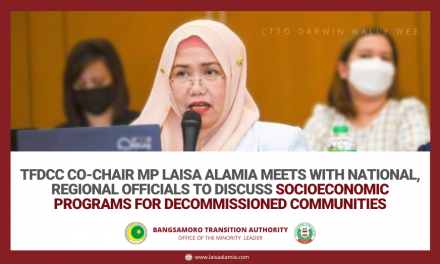 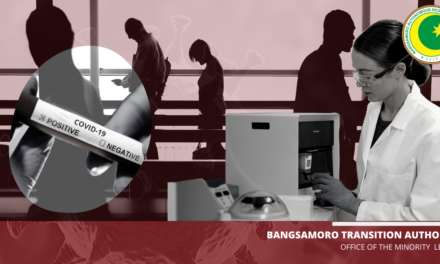 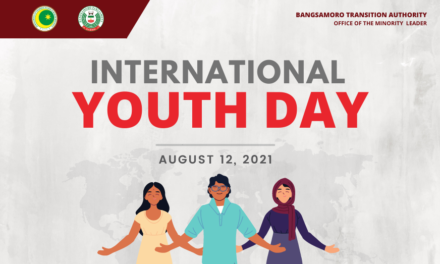 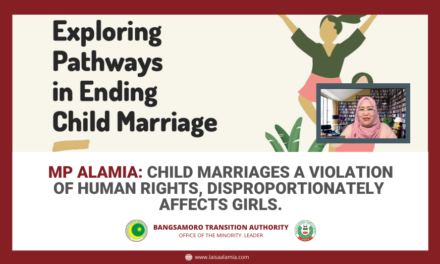