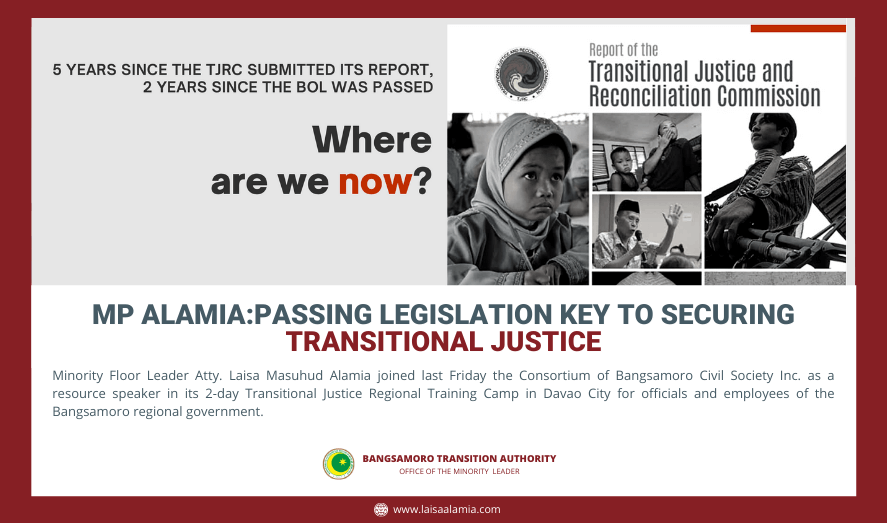 Minority Floor Leader Atty. Laisa Alamia joined last Friday the Consortium of Bangsamoro Civil Society (CBCS) Inc. as a resource speaker in its 2-day Transitional Justice Regional Training Camp in Davao City for officials and employees of the Bangsamoro regional government. She tackled the experiences of the Bangsamoro government in pursuing transitional justice and reconciliation (TJR), and how they can be more effective in the process.

“We cannot be divided,” MP Alamia said. “I think this is one of the reasons why we have been slow in pushing for transitional justice.” She emphasized the need to collectively acknowledge and address the violence committed against the Bangsamoro people and stand in solidarity with those who may be from a different ethnolinguistic group but have also suffered from historical injustices in the region.

MP Alamia pointed out that while there have been resolutions filed in support of victims and of TJR measures, it is imperative that legislation be passed in order to lay down the framework for the regional government and institutionalize its approach to TJR.

“Resolutions, at the end of the day, are just manifestations,” she said. “We need to pass actual laws that address the need for transitional justice in the region.”

In the said discussion, she also reminded participants that addressing land dispossession and carrying out the normalization process are parallel to initiatives to secure TJR in the region. MP Alamia noted the Ministry of Agriculture, Fisheries, and Agrarian Reform’s (MAFAR) progress in land distribution across the region and how far along the national and regional government are in terms of the normalization process.

During the open forum, MP Alamia also expressed her support for transitional justice initiatives that agencies may decide to launch as the parliament seeks to pass legislation on TJR.

The said training camp was organized by CBCS and held on 18 December, in partnership with the Independent Working Group (IWG) and through its funding partner Embassy of Spain and Swiss Embassy, together with Office of the Presidential Adviser on the Peace Process (OPAPP). 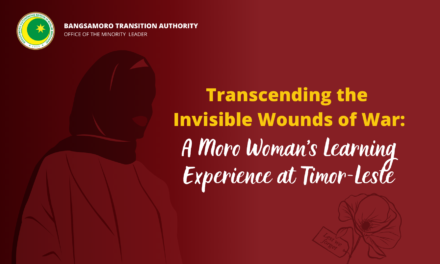 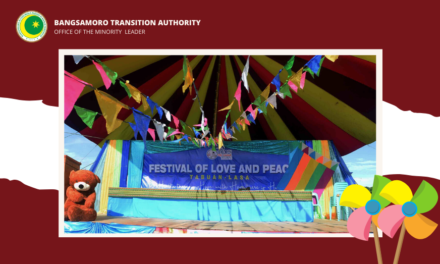 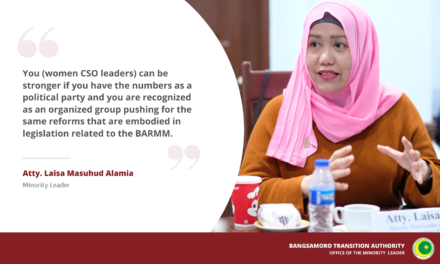 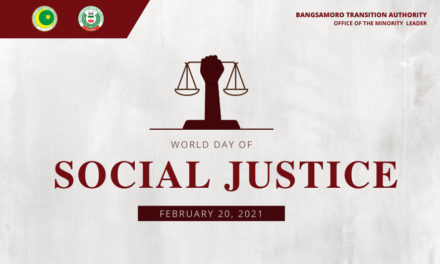