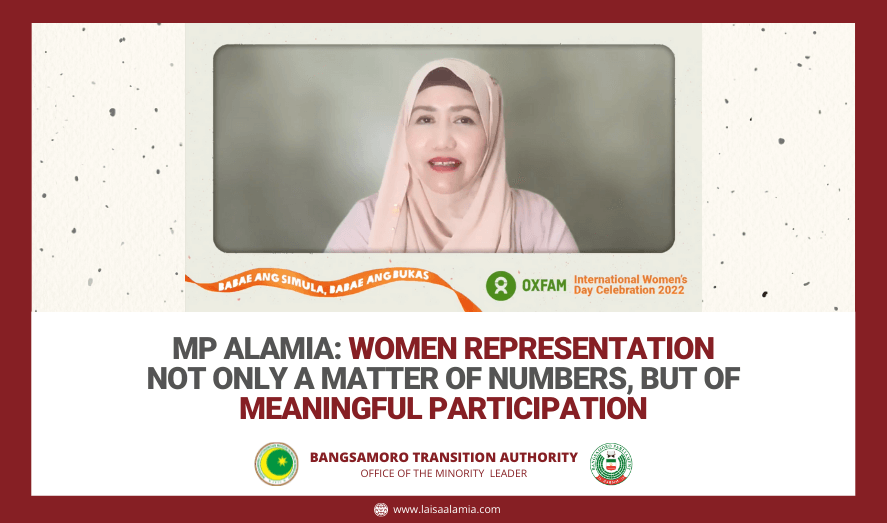 Among those who were invited to speak on women’s rights and concerns was Minority Floor Leader MP Atty. Laisa Masuhud Alamia, one of only 13 women in the 81-member Bangsamoro Parliament. Together in the program with MP Alamia were singer-songwriter Aia de Leon, National Rural Women Coalition Secretary General Amparo Miciano, and Maginhawa Community Pantry Founder Ana Patricia Non, among other women leaders and advocates.

Festival host and journalist Mariz Umali described MP Alamia as “one of the most outspoken champions on women and girl’s rights.”

Experiences as a woman leader

When Umali asked about experience working in an institution where majority of one’s counterparts are male, MP Alamia was quick to point out that while most of those in her political sphere are predominantly men, “this is not unique to the Bangsamoro or the country,” but “a reality around the world.”

However, MP Alamia acknowledged that “being in the parliament where you get to decide what needs to be talked about, or what needs to be prioritized often makes it not only a political issue but also a personal one.”

She shared her experience during a committee hearing where a proposal about child-rearing, particularly about breastfeeding, was raised. “One of my colleagues, a man, raised his hand and stated his opinion after saying ‘I don’t know anything about this; I’m not a woman who experienced breastfeeding,’ and I clearly remember the laughter that his simple remark elicited from some of the other people in that meeting.”

That laughter stayed with her. “As a woman legislator,” she said, “my job has always involved getting voices heard and convincing people why it matters – why women’s voices matter. So often our problems are dismissed as narrow or specific and most often relegated to the sidelines in favor of more pressing concerns that aren’t about women.”

“In  the BARMM, a little more than half of our population are female, it’s the only region apart from NCR that is made up of more women than men. Imagine a government’s agenda that does not emphasize or at least include the interests of this half,” she pointed out.

“When we say we need more women in political spaces,” MP Alamia said, “it’s not only a matter of having the numbers but having the participation and representation of women in public decision making.”

Umali then asked about the differing opinions about women in leadership positions and how one can productively deal with them.

“I deal with it with confidence in my capacity as a leader,” MP Alamia replied. “That confidence,” she said, “is founded on the hard work that I put into it – building on my education, my work experience, all while dealing with the stigma against women in politics or civil service.”

This confidence is strengthened by her understanding of the lived experiences of women in the Bangsamoro. “When I speak,” MP Alamia shared, “I know there are a number of women who will agree with me because we share the same experiences,”

“Ultimately, I think we cannot question anyone’s ability on the basis of gender. Women across the globe continue to roll up their sleeves to change or correct this perspective,” she said.

She also emphasized that the benefits of having women in leadership positions “goes beyond women’s issues,” since it also leads to the discussion of other related issues such as those of families, minorities, indigenous peoples, the marginalized, and the poor.

“We need to nurture more women champions so we can ensure that the lane we have built leading to what should be politically prioritized will keep growing wider,” said MP Alamia. “That lane will continue to widen if women continue to be involved in decision making.” 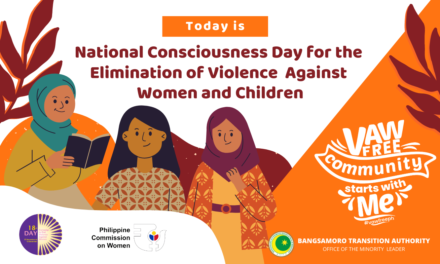 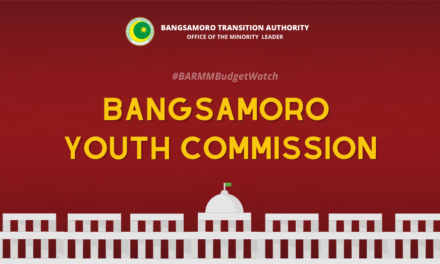 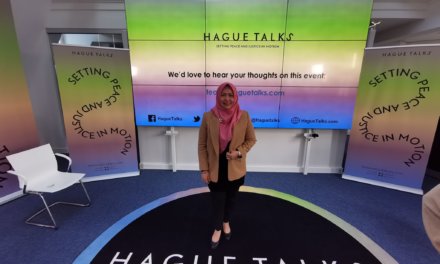 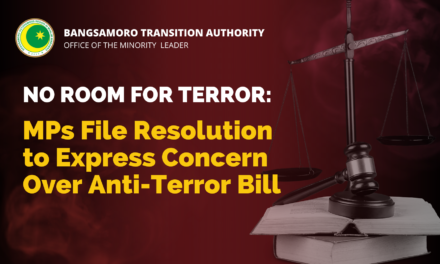